Okay, the last point needs to be specified, there were some common situations:

meaning: ´Line, please get the speaker from the playroom, play `Waka waka`on repeat and shake your body with us!` Ethiopian style. Zanzibar style. Senegalese style. Or all of the styles at once. It did not matter at all. Neither did that I miserably failed to move my body as precisely, casually and beautifully as all the kids, mothers and nurses around me did. Even the youngest and smallest of them showed the grooviest dance moves I could not even imagine doing. Some kids turned out to be excellent dance teachers - only that I turned out to be a hopeless student. But we enjoyed every second of it.

meaning: `Line, please come eat with us!` Ethiopian food (a little heads-up: VERY SPICY!!). Zanzibar food. Senegalese food. Ugandan food. But most importantly `Sit at the table with us. We are family. You are one of us.` A family of nearly forty kids, about twenty mothers, aunts, grandmothers, sisters, four nurses and me. A family mixed out of more than seven nationalities, different cultures, religions and backgrounds. At this table none of this mattered, neither did that all of the kids only had come to Israel because they were suffering from a serious heart condition, the mothers permanently were plagued by fears that their children might not make it through surgery but at the same time were thinking about all of their other kids and family back in their home countries. There was just all of us together enjoying kula time.

meaning: `Line, let's do some maths together!`It was quite challenging to explain all the different types of arithmetical calculation by only using hands, feet and signs to a thirteen year old boy as well as many other kids at different ages who mostly had never attended school ever before. But it worked. I am still amazed how easily we all communicated with only using a few English, Swahili and Hebrew words.

Balagan = mess/ chaos in Hebrew, being used as a synonym for anything negative at the SACH house. I have come to appreciate this word way too much, my whole family back home adapted it already.

One day I called Fatou, the escorting Senegalese nurse and Ndiaga who had just been transferred from the intensive care unit to the children's ward. He was mad at me because I had not visited him at the hospital yet, Fatou explained to me. As I told him (well, Fatou helped me with the Wolof version) that I actually had spent several hours in the ICU, sitting next to his bed while he had been intubated and on drugs, all he had to say was `Me balagan, me Kulala.`(Kulala = sleep in Swahili) and I knew he was deeply sorry and overwhelmed, because I cared about him. There were not many words needed. From the first day I had a feeling that the kids just knew and accepted my purest self, trusting and loving me for who I am. So did the mothers and nurses.

The love I witnessed especially between mothers and kids reaches beyond my imagination. Mothers that are spending months in the ICU, being strong for their children, sleeping on a chair every single night just in order not to leave their babies' side, cheering on the tiniest improvement in their children's condition and being endlessly thankful for everything that is given to them. As some of them only lived in houses made of mud they felt like staying in a five star hotel, the SACH house, a mother told me. Moreover they would have never had access to any kind of treatment as their home countries' health care systems are more than critical.

Beyond that there are the incredible nurses. Fatou, Serka, Ayne and Mwema who were not only medical staff but mothers, sisters, friends and comforters not only to the kids who did not bring a family member but everyone who needed them including me. Even though they were far away from their families themselves they treated every child like their own giving it the exact care that he or she needed.

Before coming to Israel entering the ICU had always given me an uncomfortable feeling. But from my first day at SACH I loved visiting all the kids whenever I could, seeing them get stronger than ever before and smile at me even though they were still in heavy pain after surgery. Especially the kids that had come without any parent needed a familiar face amongst all the frighteningly beeping machines, unknown nurses' and doctors' faces and I felt like filling in the gap of a missing sister, aunt, mother or any family member they particularly needed. The ICU became a place full of emotions, not only negative ones but rather a positive and hopeful community of kids, mothers, nurses, doctors and me right in the midst of them - all of us with one purpose: to make the children's current and future lives as healthy and happy as they could possibly get by giving them health care, support and love.

This community bond reaches beyond the period of time all of us spent together in Israel as I am still texting and video calling with many of the families, nurses - who fortunately all have recovered and come back to their home countries - as well as other volunteers and interns I have come to know and appreciate during my time interning with SACH. Every single day I get to realize again that there is nothing more needed than a teasing `You balagan` and `I love you!` in order to reconnect and bring back all the incredibly beautiful memories we have made together.

Save a Child's Heart gave me the opportunity to experience a complete new level of joy, passion, bonding and social values such as equality and solidarity that will leave their indelible mark on me and I will forever be thankful for the new family I was given.

Following her time at Save a Child's Heart, Line founded SACH Germany Young Leadership. To get involved, email p-gloeckner.SACH@web.de. 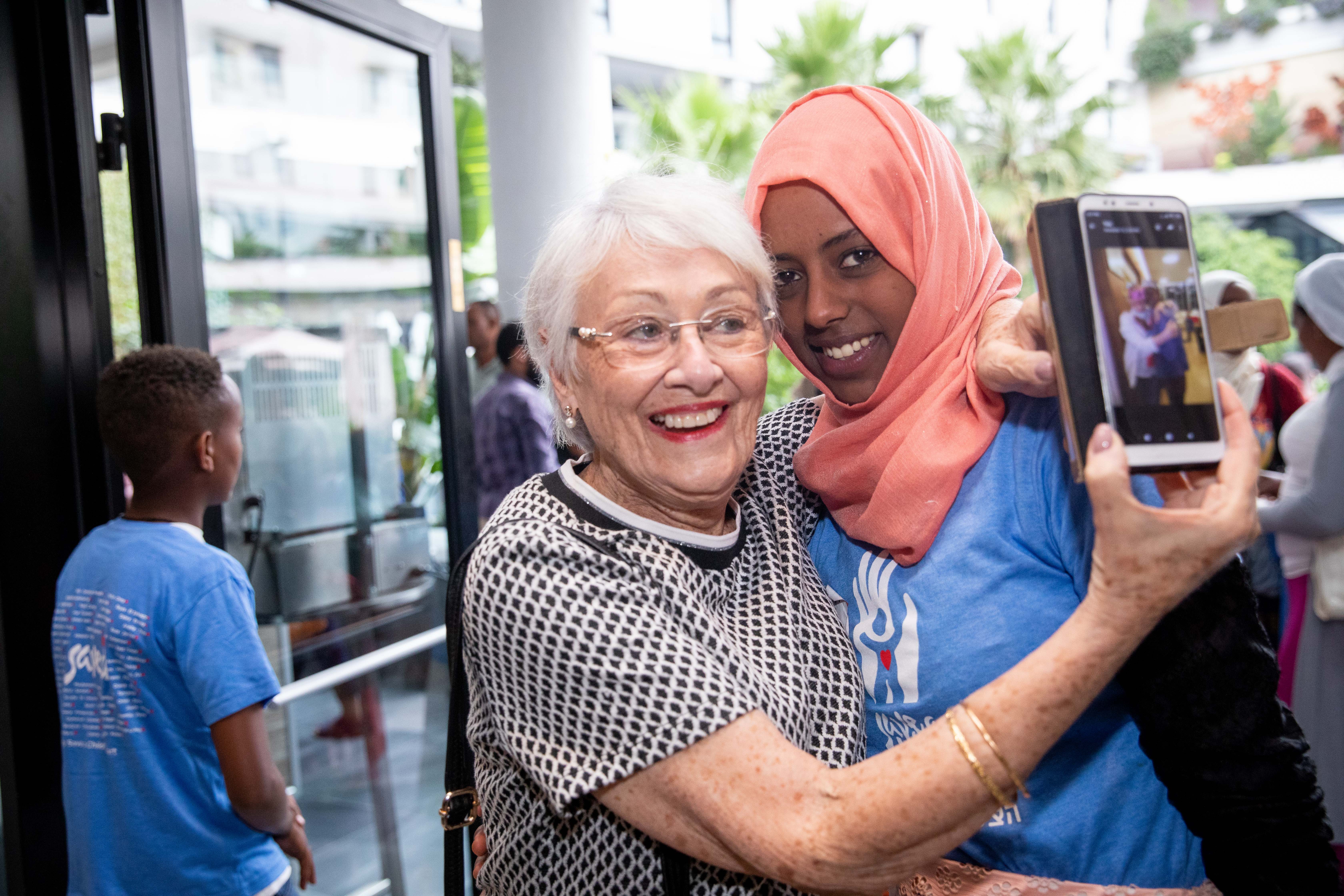 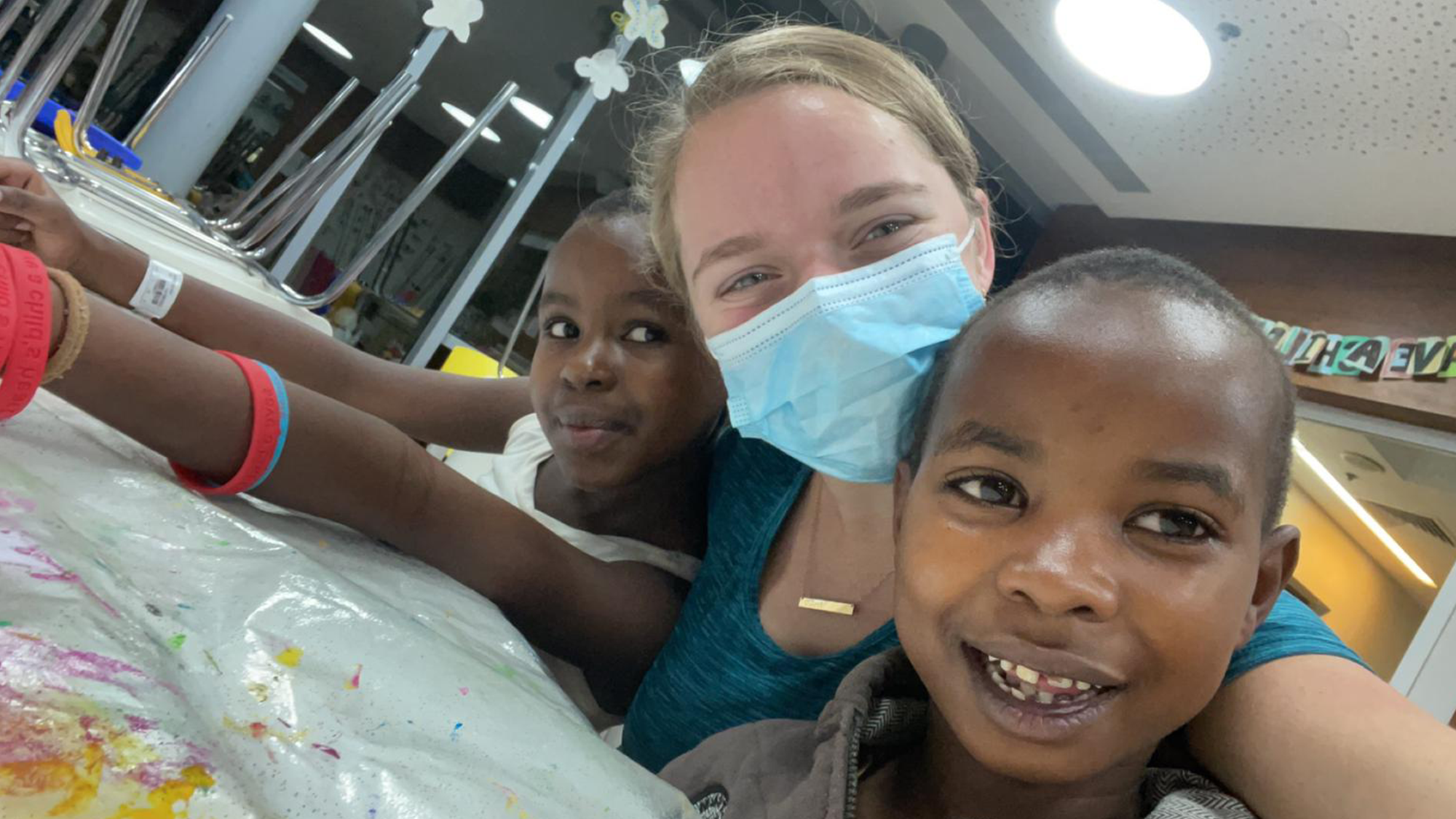