Save a Child's Heart Impacts Its 66th Country 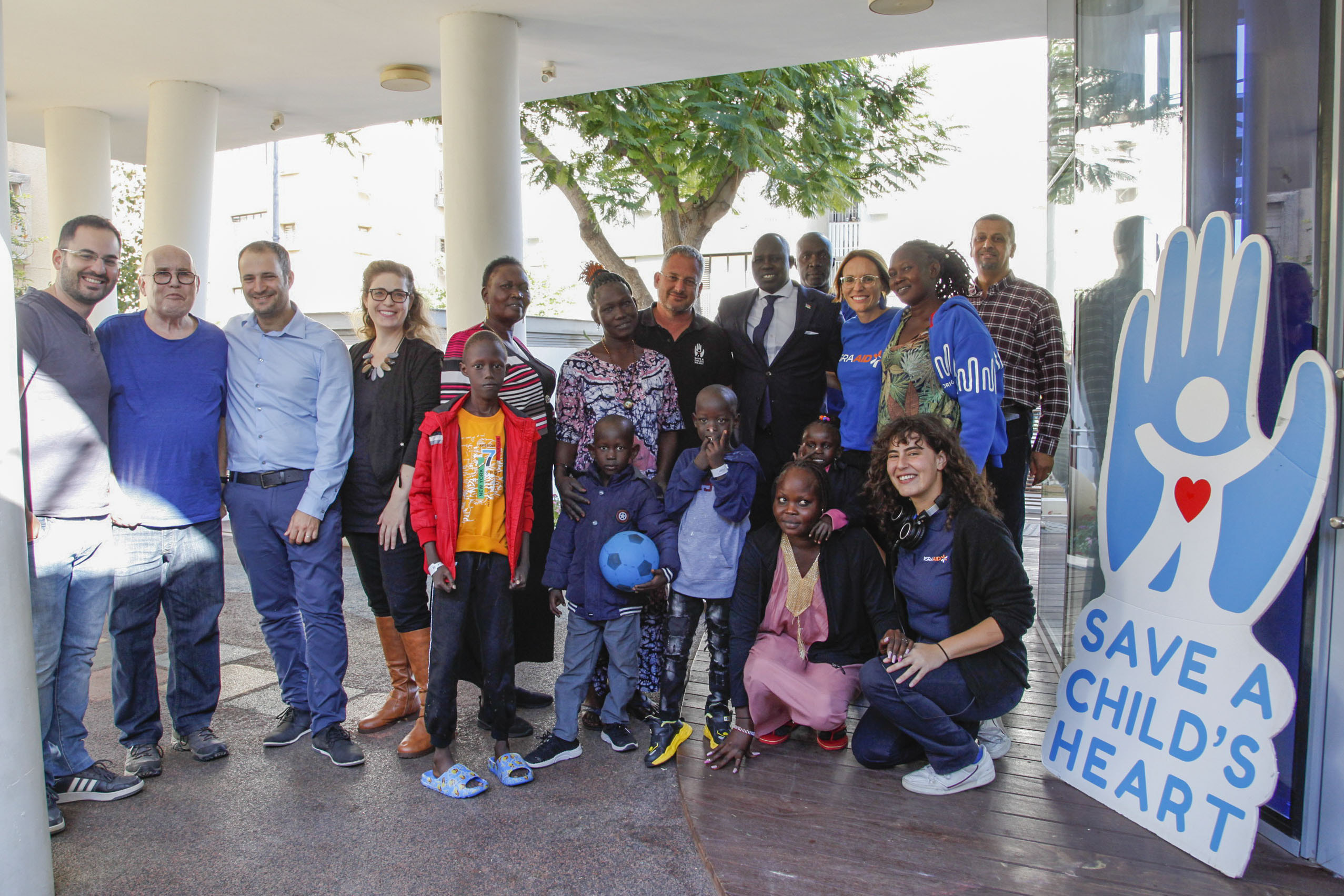 Two of Israel’s leading humanitarian aid organizations, Save a Child’s Heart and IsraAID, have come together to provide urgently needed, life-saving treatment to four children from South Sudan. The children, who have congenital heart conditions, arrived in Israel in November to receive heart surgery from the Save a Child’s Heart medical team at Wolfson Medical Center in Holon. The effort is the culmination of two years of planning and overcoming local challenges in South Sudan, as the global pandemic severely limited international travel.

The children – Habiba, 6, Phillip, 5, Joel, 5, and Gai, 8 – were all diagnosed during a Save a Child’s Heart medical mission to South Sudan in March 2019, when pediatric cardiologist Dr. Akiva Tamir and Israeli Ambassador to South Sudan Hanan Goder travelled to Al Sabah Children’s Hospital to screen and diagnose children with heart disease. 37 children were screened during this mission and these 4 are now receieving life-saving care three years later.

Habiba, or "Zaitun" as her friends call her, is a warm and friendly 7-year-old girl from Juba, South Sudan

Habiba is an only child to her father, Juma. Habiba's mother passed away five years ago, when she was just two years old, leaving Juma to take care of her on his own. Shortly after, she began to be ill. She would not eat well and would get very tired and breathless. Her father took her to Al Sabbah Hospital, the only pediatric hospital in the capital, where she was diagnosed with a ventricular septal defect (VSD).

This year, Habiba traveled to Israel with her neighbor, Cicilia. Her father was upset he could not accompany her but he did not think twice to send her without him, since he knew this is her only chance at life. "The heart is the center of life. When her heart is bad her whole life was bad. I can't wait to see this girl have an optimistic life with a healthy heart filled with love" says Cicilia.

With a healthier heart, Habiba hopes to make the world a better place by becoming a policewoman when she grows up "to catch bad guys who kill good people."

Joel, or "Eme", is a brave 5-year old boy from Juba, South Sudan

Joel is the middle child, with one older brother and one baby sister. He leads by example and is always ready to help. At home in Sudan, he attends a public kindergarten where his favorite subject is math.

At six months old, he was diagnosed with a ventricular septal defect (VSD) that still limits his ability to live a normal childhood and play with his friends. It affects his breathing, causing him to get too tired and run out of breath while playing football.

Joel received life-saving surgery in November of this year and is now recovering in the Children's Home. His mother, Rose, is happy to see him here and can't wait for him to get healthier and live a normal life.

Phillip, or "Pelipo" as his mother calls him, is a goofy 5-year-old boy from Juba, South Sudan

Phillip is the youngest of nine siblings, who all live together with their mother and father in a house with no access to water or electricity.

At only four days old, Phillip had difficulty breathing and was suspected to have a heart condition. He currently suffers from headaches, fevers, vomiting, and the recurring feeling of breathlessness, all of which intervene in his schooling and make it harder for him to do his favorite activities - like playing with car tires.

In March 2019, he was diagnosed with a ventricular septal defect (VSD), and now three years later, Phillip and his mother Rose were able to travel to Israel for a life-saving heart surgery. With a much brighter future ahead of him, Phillip wants to be a doctor when he grows up so he can give medication to other children who are sick like him.

Gui, or "Abba" after his grandfather, is a kind-hearted 8-year old boy from Jonglei, South Sudan

At eight years old, Gui is only in his first year of primary school because of a delayed start due to his sickness. He loves anything that has to do with music - dancing, singing, and musical instruments, even though he doesn't have access to any at home.

When Gui was born, his mother told us he did not cry at all and refused to breastfeed. Despite doctors telling her he was fine, as a mother, she knew there was something wrong with her son so she took him to Khartoum, Sudan, where there is better medical care. There, at one and a half years old, he was diagnosed with a heart condition called tetralogy of fallot (TOF).

His mother, Akout, thanks God and prays every single day for the opportunity SACH has given them. 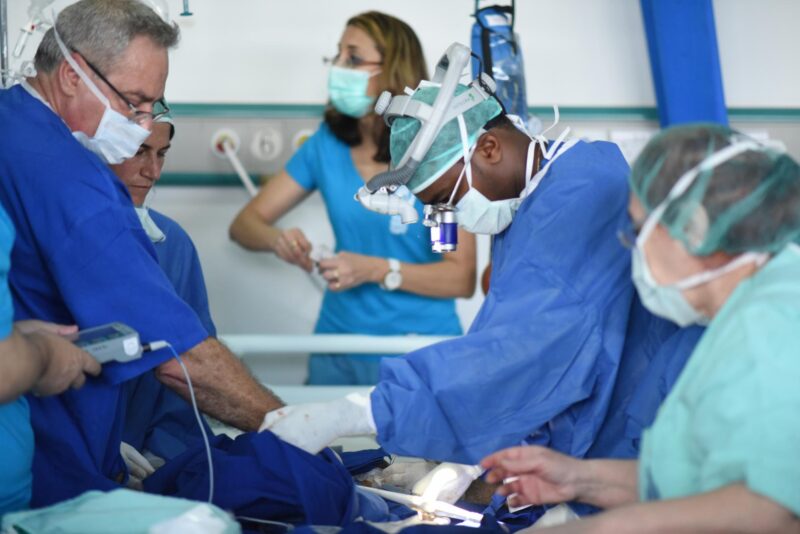 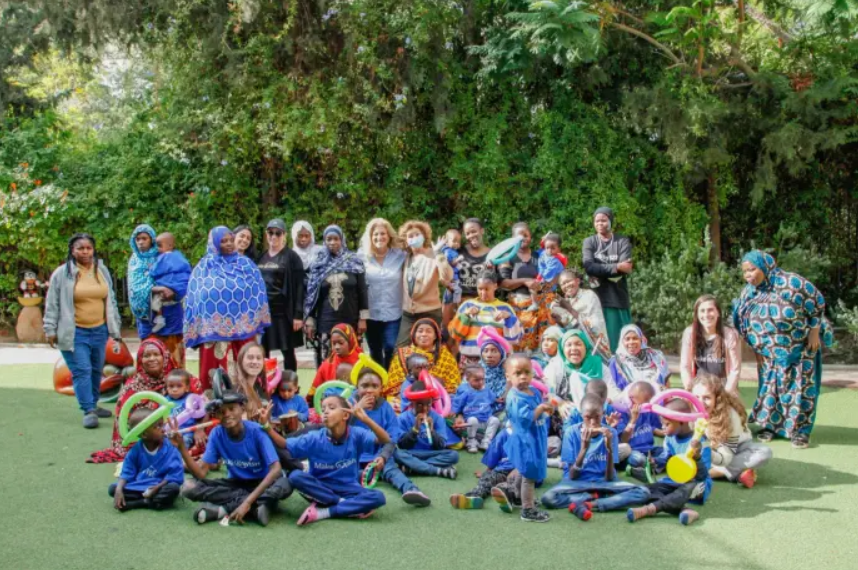 Two Israeli foundations working together to help save children’s lives!