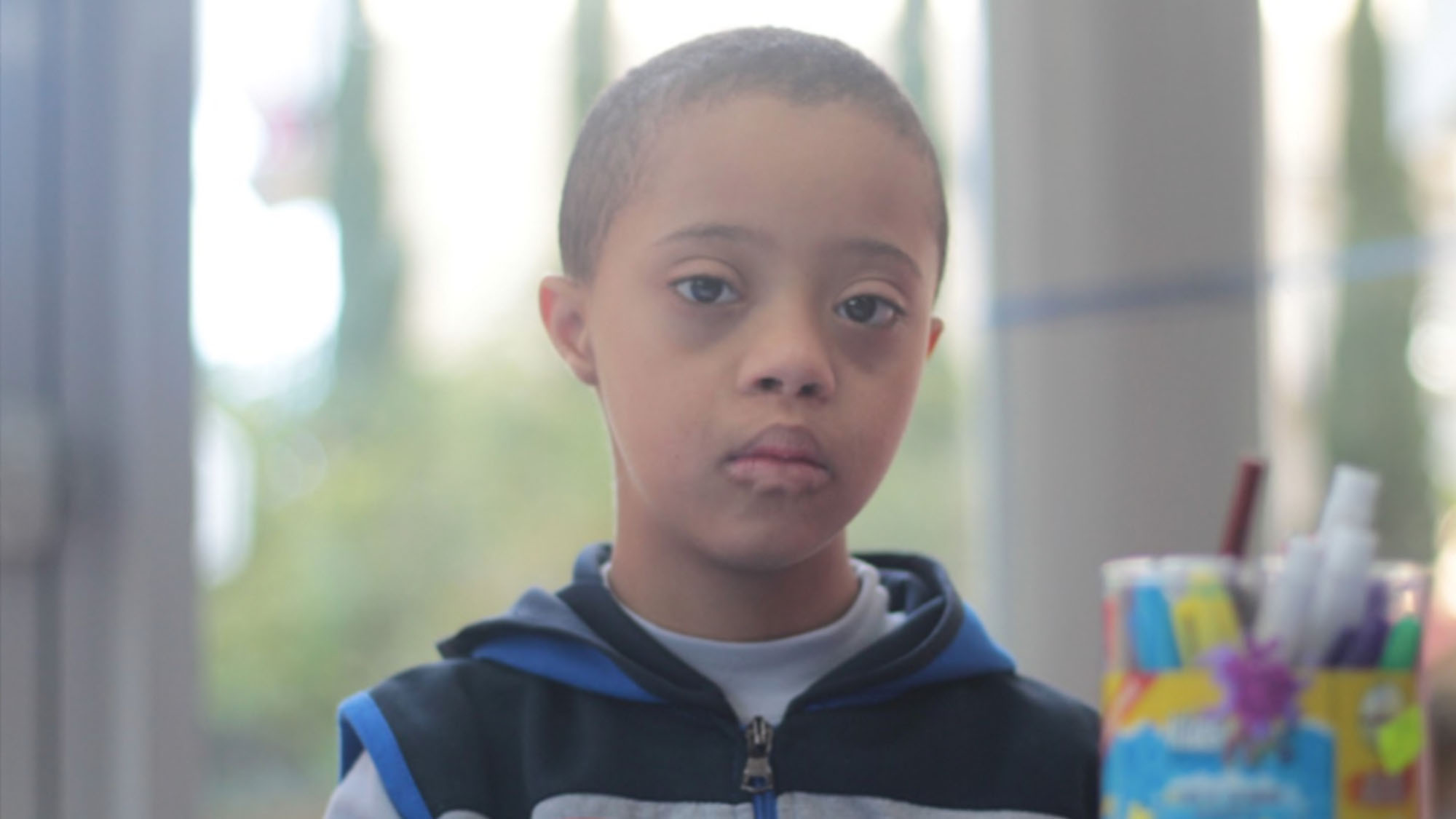 From Morocco to Israel and back, against all odds.

Youssef’s story is the story of an 8-year-old boy with Down Syndrome from Morocco, who embarked on an incredible international journey with his sister Fatima in 2020 for life-saving heart surgery.  Along the way, they faced unexpected and extraordinary challenges.

Through it all, they made it to Israel and back home with the help of people ranging from friends to strangers located in places from Morocco to Israel and Turkey, speaking Hebrew, English, Moroccan, Arabic, Turkish, and French, and from faiths including Jewish, Muslim and Christian.

It takes many hearts to save one heart

Youssef was born in Casablanca with a congenital heart disease, a condition common to children with Down Syndrome. But his family had no access to or money for heart surgery, which is expensive and largely inaccessible in many parts of the world.

One day, the family met a woman who had a friend living in Israel, Evelyn Shriki, a Moroccan Israeli living in Haifa. Evelyn knew about Save a Child’s Heart through her friend Uri Kertes, a SACH board member.  Together, they connected Youssef’s family to SACH, which decided to bring him to Wolfson Medical Center for surgery.

In February 2020, Youssef traveled to Israel for surgery with his older sister Fatima accompanying him as his guardian. In March 2020, he underwent open heart surgery. The surgery was successful, saving his life.

Out of open-heart surgery and into a global pandemic

Around the same time as Youssef’s surgery, the novel coronavirus was sweeping the globe. Countries, including Israel, began closing their borders to keep out the virus. Suddenly Youssef was stuck in Israel indefinitely.

As the weeks stretched into months, a Christian organization in Jerusalem, Shevet Achim, offered to house and feed Fatima and Youssef and show them around the city. Every time SACH tried to arrange a flight to Morocco, it was cancelled.

Little did everyone know, the two young people’s journey was far from over.

Stopped at the departure gate in Istanbul

Youssef and Fatima made it to Istanbul in time for the connecting flight home, but were stopped at the gate to the flight. Morocco had imposed additional requirements on people entering the country, and they needed a blood-based COVID test to board.

Fatima and Youssef did not have blood-based test results. As they struggled to understand what was happening, the airport authorities told them to go into Istanbul to find a place that did blood-based testing and return with the results.

Fatima and Youssef sat down sadly in the lost-and-found in the baggage claim area. They had no working telephone and could not speak Turkish or English. They had not eaten in hours and had almost no cash.

SACH knew that Fatima and Youssef had not boarded their flight, but had no idea what had happened. A team of people started making calls to contacts in Istanbul, from the airport to police and rescue teams. Hours went by.

Meanwhile, in the airport, Fatima was buying a SIM card for her phone. Within seconds she was able to connect with SACH via WhatsApp. On the other end of the line, Simon Fisher and Tamar Shapira brought Evelyn Shriki into the call, as well as Orna Kahane, a SACH travel agent.

The team tries urgently to help the siblings

With the help of Evelyn translating what the siblings were saying from Arabic to SACH representatives who were prepared to speak in English to people in Istanbul, Fatima began walking throughout Istanbul’s massive airport, trying to find a Turkish Airline information desk.

Finally, at the information desk, the team learned that the next flight to Casablanca was not until Sunday, three days away. The desk clerk pointed the siblings in the direction of the testing area of the airport, so they began looking for the testing center.

Fatima knew she would have to pay for the tests, but would first have to change her money to Turkish money. At the currency exchange booth, it became clear that Fatima would come up $5 short of what she needed to obtain the tests, and the testing center did not accept credit cards. The siblings seemed to be at an impasse.

At some point, Fatima gave her phone to the cashier and the team tried to explain the situation. Orna Kahane, the Save a Child’s Heart travel agent, begged the cashier to disregard the missing $5. The cashier said she would give Fatima $5 of her own money to pay for the tests.

Fatima then began walking to the testing center at the airport, only to arrive and discover that the COVID tests done at the airport were not blood tests.

A chance encounter changes the course of fate

The siblings were dismayed and overwhelmed afterT learning that they would most definitely have to go into the city to get a COVID blood test. Returning to Israel was not an option.

The team on the line scrambled to find a hotel as Fatima and Youssef wandered the airport. Suddenly, a young Turkish man stopped the siblings and asked them if they needed help. He said his name was Tayfun.

Fatima handed the phone to Tayfun, who told SACH his uncle had a travel agency in the airport and wanted to help. As Tayfun sent pictures of the travel agency and a business card, the team was still a little unsure about everything.

A love of family extends to foreign strangers

What Tayfun said next convinced them to trust him. He said his nephew had Down Syndrome, and that he had a soft spot in his heart for children with this condition. This was the reason he spoke to Fatima and Youssef in the first place.

By this time, the team knew they could trust Tayfun. They had been on the phone with Fatima and Youssef for a total of three hours. SACH asked Tayfun for an official quote. By WhatsApp, he texted them a hand-written quote for airport transfers, transportation to get a COVID blood test, and hotel and meals for Youssef and Fatima for three days. The team agreed.

“But that evening, finding in this impossible situation good people who had nothing to do with Israel or Morocco, and were willing to help this little boy and his sister… I must say, I was overwhelmed.”

Tayfun took the siblings to the hotel, gave them three meals a day, and took them to do the COVID-tests.

Every hour, SACH representatives and Evelyn Shriki stayed in touch with Fatima and Youssef, making sure that the two were safe and taken care of. Fatima kept sending messages and pictures of the hotel, the restaurants etc, very excited about everything.

On Sunday morning, Tayfun took the siblings to the airport and made sure they boarded the flight to Casablanca.

The day after their arrival in Casablanca, Fatima sent us a picture of Youssef with his mother and father, in their home, sitting and smiling.

Soon after, a message in French was posted on the Save a Child’s Heart Facebook page written by Ahmed Amhil, a friend of the family in from Morocco:

This is the English translation of the message:

Today Sunday, August 23, Youssef and his sister Fatima returned to Casablanca, back home after a stay of more than seven months in Israel where Youssef underwent a heart surgery which, thank God, went well. The long stay in that country is due to the pause in air travel due to COVID-19. On behalf of the family of Youssef and Fatima, I would like to thank Save A Child's Heart and Shevet Achim, which took care of little Youssef, as well as all the medical staff at Wolfson Medical Center who performed this surgery. My thanks also go to Ms. Najat Bechar here in Morocco without whom this surgical operation would not have taken place. My sincere thanks go to Mrs. Shirat Hayam who was alongside Youssef and Fatima Zahra there in Israel throughout their stay, a great lady who has not forgotten her Moroccan and Casablanca origins and who did everything to make their stay as pleasant as possible.

“I think that especially now, in the world that we live in, we must continue with our mission, we should not lose hope and we must remember that there are good people everywhere.”

Thank you all for being those good people, and for being part of our worldwide family of Save a Child’s Heart! 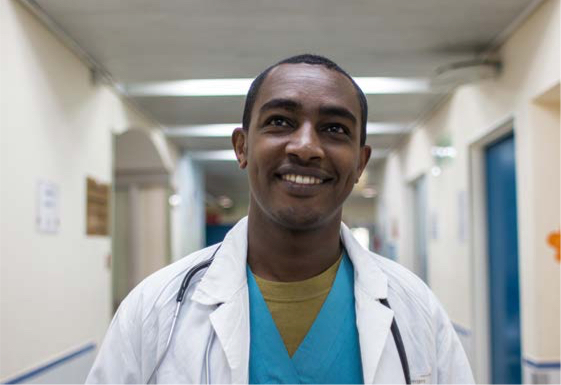 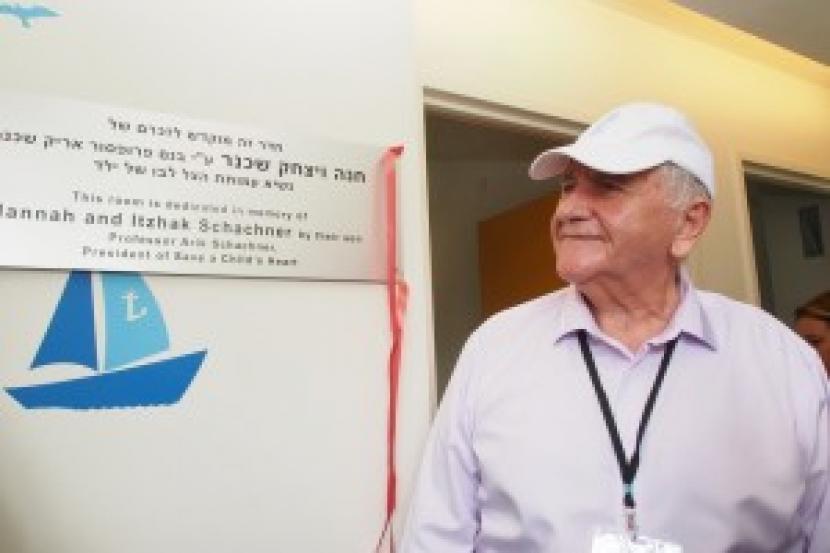 Room Dedication in Memory of Hannah and Itzik Schachner